While vacationing with his family in Florida several years ago, Josh Jorgensen, an avid angler from Canada, took up the sport of land-based shark fishing. After several years of fishing from the surf, Jorgensen and his friend Tom Kieras, decided to participate in a local shark fishing tournament in 2007. The team did not do very well, but by fishing the tournament, Jorgensen became inspired to start his own tournament.

After much research and effort, Jorgensen had organized the 1st Annual Blacktip Challenge Shark Fishing Tournament in 2008. The tournament was designed to target the winter Blacktip migration. Blacktip sharks begin their northern descent in December and return to the north in April. The tournament began on January 1st and ended on March 31st. A total of 14 anglers participated in 2008 and managed to catch and release 156 sharks during the three month period. 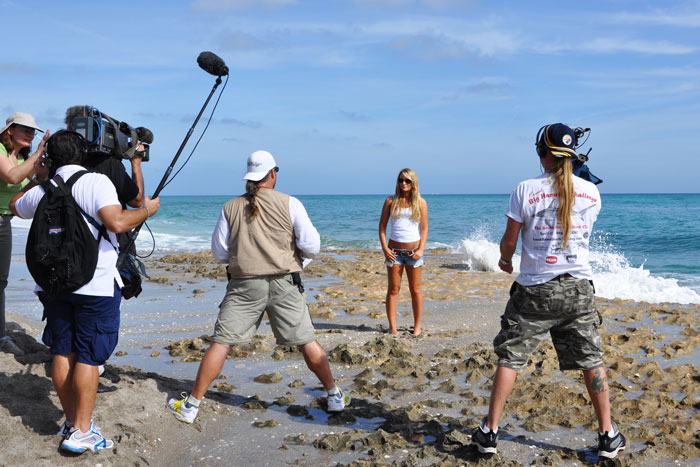 After a successful inaugural tournament in 2008, 'Blacktip Challenge' creator and director, Josh Jorgensen, began planning for the 2009 event with an expanded vision. Josh, a supporter of conservation-minded fishing, expanded the tournament beyond the 'CPR' (catch, photograph & release) format of 2008 with added steps to qualify catches that include measurement taking for use in estimated weight formulas, and most notably, the application of research-tracking tags, prior to the release of all animals back to the wild. Jorgensen decided that a partnership with NOAA's Apex Predator Program was the most proficient way to involve tagging in the tournament format. The Blacktip Challenge also partnered with members of the scientific community like Dr. Nancy E. Kohler and Dr. Patrica A. Turner of the National Marine Fisheries Service, fisheries research biologist for the Florida Fish and Wildlife Research Institute, Eric Sander, and David Hall of Hallprint fish tags. In efforts to share his passion, and after viewing enough of what he refers to as, "The same old fishing shows on TV", Jorgensen approached fellow big-game anglers and wildlife filmers, Sean & Brooks Paxton, to produce a seven episode mini series of the tournament. The series was aired on YouTube, reaching a combined audience of over 190,000. The seven-day tournament was also filmed by SpiegelTV, a German television production company of the news magazine Der Spiegel.

As the tournament's popularity continued to grow, producers from the award winning show how to Do florida contacted Jorgensen to film a segment during the 2012 Blacktip Challenge. The episode showed it's audience how to do land-based shark fishing and was aired on Sun Sports and ABC.

In the fall of 2012, researchers from Nova Southeastern University (NSU) and St. Mary’s Medical Center (SMMC) contacted Jorgensen with the intent of conducting important shark research during the 2013 tournament. The scope of the research project was to improve the antibiotic treatment of shark attack victims by collecting bacteria samples from the oral flora of various shark species. Researchers from NSU and SMMC collected important samples during the 2013 tournament. Anglers caught more than 75 sharks (11 sharks exceeded eight feet in length) during the three day period of the tournament. The popular YouTube Channel BlacktipH filmed and produced a full length episode of the 2013 tournament. The episode was aired on YouTube, reaching an audience of over 170,000.